The United Nations has dedicated the 5th of June as World Environment Day to encourage worldwide awareness and action to protect our environments. The aim to raise awareness around environmental issues such as global warming, marine pollution, over-population, wildlife protection, and sustainable consumption.

Over the years we have seen development in the sustainable consumption movement –you should be able to recall seeing pamphlets in the 2000s, pleading for consumers to shut off unnecessary devices and appliances, to switch to LED light bulbs, and to buy energy-efficient appliances.

These days the sustainable movement has progressed to much higher levels – recycled cloth clothing, the development of eco-homesteads, and electrical vehicles.

This is where solar comes in – studies prove that electricity produced by photovoltaic solar panels is more sustainable than that produced through fossil fuels. Think about it, with more and more nuclear power plants being retired – its time to look to solar.

Solar Plants have lifespans of 20 to 25 years and longer, with minimal maintenance costs, unlike unreliable Nuclear producers. Solar Plants are also much easier to upgrade! And this does not even need to be implemented on a national scale, we are seeing more and more households moving to solar systems to protect themselves from high electrical costs and unpredictable resources suppliers.

Why not rely on the resource that rises every morning without fail?

We have seen over and over how our clients have reduced their carbon emissions and electrical bills when they install a solar system, and here is the evidence: 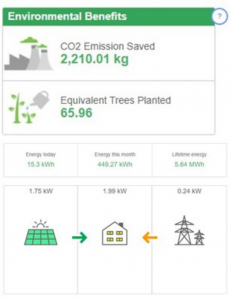 This is from a system installed in October 2020 –already two tons of carbon emissions have been saved, with the equivalent of 65 trees being planted all within 7 months.

Then we move onto Electric Cars – they emit less greenhouse gasses and air pollutants over their life than a petrol or diesel vehicle, even after the production of the vehicle and generation of the electricity required to fuel them is considered. Pure electric vehicles produce no carbon dioxide emissions when driving – considerably reducing air pollution. Over one year, just one pure electric vehicle can save 1.5 million grams of carbon dioxide. Even hybrid vehicles are proved to lower carbon emissions and reduce air pollution.

We can expect further improvement when electric vehicle drivers use solar photovoltaic systems to charge their vehicles! Sustainable to the max! 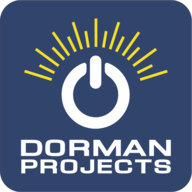